It’s one of your biggest investments - and you probably never even think about it. 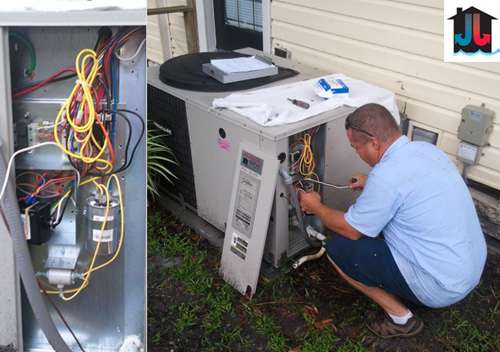 Protect your HVAC system from lightning strikes with a surge protector

There’s a reason that Tampa takes its name from an Indian word for “lightning.”

We’re used to thunderstorms and lightning around here because they’re such a regular occurrence. Storms push through with no warning, shaking the trees and flooding our yards, sometimes with a pyrotechnics display thrown in for free.

In fact, we’re so used to it that protecting our sensitive electronic appliances from a lightning strike is second-nature. We plug our computers and TVs into surge protectors - or we unplug them as soon as the lightning starts.

So, what are the real risks of not having an HVAC surge protector?

Risks of Not Having an HVAC Surge Protector

Power surges, blackouts, and brownouts can happen to any homeowner. Lightning plays no favorites. In fact, Florida leads the nation with the highest amount of lightning strikes per year— by a long shot. It’s because of the state’s particular geography and the heat and humidity. Power disturbances cost homeowners billions of dollars each year — of which much could be avoided with the simple installation of an HVAC surge protector.

The familiar victim? The compressor. This highly valuable component of your HVAC controls the refrigerant flow throughout your system and can be quite expensive to replace. Think about it like the engine in your car. National experts agree that taking action to prevent such damage is much more cost-effective than repair or replacement after a strike happens.

The weather seems to be more unpredictable than ever, leaving homeowners even more vulnerable. Yes, many homeowners protect other valuable items in their homes.

But how are you going to unplug your A/C system?

It’s just as vulnerable as your computer but much more expensive. It makes no sense at all to leave it unprotected from the elements - but you’d be surprised how many people do exactly that, even though HVAC surge protectors are easy to get and cheap to install.

It’s even more absurd when you consider how much a surge protector actually costs: usually less than $150. And since events like these aren’t always covered by homeowner’s insurance, the smart choice is clear.

The simple installation of an inexpensive surge protector could help you avoid a major headache and save you thousands of dollars in repair or replacement costs.

We can help. Call Easy A/C at 813-COLD-AIR to talk about your options for protecting this expensive and sensitive piece of machinery from the hostile climate we live in.